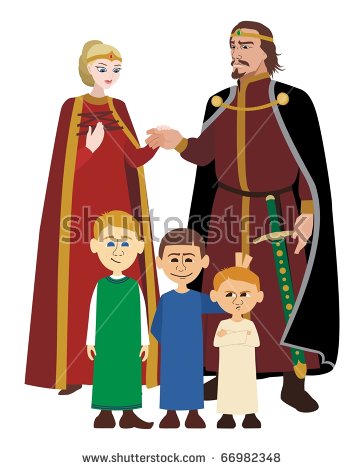 You know when you are feeling down and depressed so you pick up a magazine and check out the glossy photos to pass the time and take your mind off of your feelings.
What do you see? Celebrities looking all glammed up and you think “my life completely sucks. Look at these beautiful people! They go to fancy restaurants, they don’t have to go to a dead end job like mine, working with people who don’t care about anyone but themselves.” WHY CAN’T I BE LIKE THEM?
Okay, before you reach for sharp objects let’s take a look at a few things for a second.
FIRST: You do not want their life!
• They cannot step out into the street without someone taking a photograph of them – otherwise you wouldn’t be drooling over their picture in the magazine.
• They are constantly criticized in those magazines. She’s too fat, she’s too thin, is she having a baby – who’s the father, what a tramp, Oh, isn’t she lovely, oh what a bitch – did she really say that?
• The photo’s aren’t real! Please get that – the photo’s aren’t real. The doctor the photos so they look perfect when they want to be nice. They doctor the photos to make imperfections if they want to be nasty. At the time of Christina Aguilera’s marriage break up a magazine showed a slim figure and said “look at how thin she was”. The showed a ballooned figure and said “Oh dear, poor Christina is not taking the split very well”. At the same time she was promoting her movie called Burlesque, where a very slim Christina danced and sang. There is no possible way she could have put on that much weight in that short amount of time. I have also seen a program showing a photo of a model wearing a backless dress – the moles on her back were quite noticeable – until they were erased completely.
• Sometimes their private life is splashed over the front of the magazine with news which their own family have not heard. Daniel Jones from Savage Garden received a phone call early one morning to radio jocks asking about the band splitting. His response? “Have we split?”
• Imagine trying to get married and having to invite a million viewers who scrutinize every single detail.
• If you’re envious of a good body, they probably work really hard to get it – every day. No binge eating or drinking on a regular basis. Kelly Osborne was enjoying the attention for her new thin body but was sick of the hard work that goes with keeping her body that way. (How could she do this much easier? My Blog will follow an amazing journey of shedding the weight without a diet or exercise program) – Impossible??
• If celebrities dare to step out of their house without makeup you can be sure this will be a feature somewhere.
Personally, I’m not that fond of wearing makeup, especially when it is so hot that it slides off your face quicker than you can put it in place.
So, while you are sitting there in your pyjamas at two o’clock in the afternoon still smelling of yesterday, you might want to think about how good you’ve got it.
SECOND: Don’t wish you were like a celebrity. Try to appreciate the life you have.
– Go to the park and take a big breath of fresh air knowing there are no paparazzi waiting to see they can snap you in a position which looks as though you are picking your nose. And no one can see the tiny blemishes on your face.
– Notice the freedom you have as thousands of people are not rushing up to you trying to get a photo with you or getting your signature and you’re not tripping over them as they get so close that you can hardly see the ground in front of you.
– Enjoy the fact that you can go to any restaurant through the front door and know that you can eat an entire meal without interruption.
– Feel ecstatic that you are not a radio competition prize where you have to spend an evening dining with a complete stranger who is gushing over you.
– Congratulate yourself that you don’t have to answer the same stupid question for the twenty eighth time that day, thrown at you by a lazy journalist who thinks he is funny, while you are on a promotional tour, away from your family.
– Never mind trying to have a happy family situation. If a normal relationship is not hard enough for most people, the demands of being a celebrity is enough to cause problems for the strongest of players. …