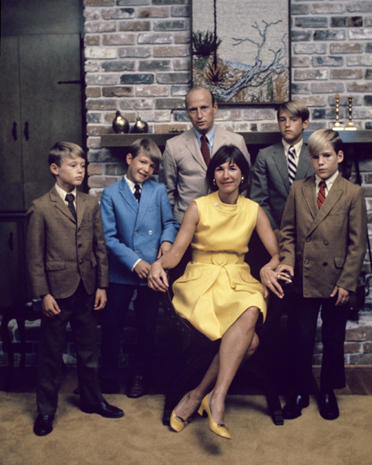 No pain, no gain! Those words were drummed into me by my father so many times, I long ago stopped counting up the reasons why he said what he said. Despite the untruth of them, after a while, they started to sink in. Do anything long enough, and it will become your habit, even the phrases you think with, and that influence the way you feel about your life. For the first forty years of my life, his words determined how I felt, what I did, and how I reacted to circumstances, but not in the way he would have liked them to, I am certain. Because my father loved me.
It took me a long time to shake off the effects of taking “No pain, no gain” so seriously. The impact of a violent childhood in the slums of New Haven, major surgery after four years on daily pain medication, three divorces, and as many rejection slips as there must have been times when my father said his favorite phrase, had to go, because it was me, or them. It also took me a long time to forgive him for handing me down a legacy that at first glance, doesn’t seem all that kind. Yet in my new relationship to it, it was.
What I realized was that everything in our lives regardless, can either be used as a challenge to be happier, or a reason to feel sorry for ourselves. For years, I used my Father’s mantra as a way to point out how difficult my life was. I believed his words to be true, rather than to simply observe that he had said them, and then on my own, choose how I would respond to them. No pain, no gain, was his mantra, after all, and there was no law in the Universe that said I had to adopt his offered gift.
One of the hidden gifts of my father’s legacy was that from the moment I chose my response to No pain, no gain, I also gained something else. Given that his wording had been so powerful for me, after overcoming it, I gained the ability to also overcome all the other phrases the many people around me were constantly offering to the Universe. Their own negative legacies that were handed down to them by their families. We have all heard them. “There’s not enough money,” or, “That’s the way things always turn out,” or, “You know you can’t do that,” any and all limiting beliefs that have no basis in any reality other than inside of the mind of the person who believes them, period.
Yes, they are real, of course they are, but only to the believer of them! What an eye opener that was! Now I could hear the words of my Father and the people around me, discern what worked for my happiness, and then simply choose my response to them no matter what. Sometimes it was to go into agreement with them, and other times it was to purposely decide what my own mantra for living was. I think more than anything else, whether my Father knew it or not, that was the gift he wanted to impart to his son; the strength to choose for myself.
The moment I chose my responses to any words spoken, or any circumstances happening around me, and left whatever offered gift, if it was self-defeating in nature, with the giver, my life changed. No, it wasn’t one of those light-in-the-sky, transformational, mind-blowing moments, that caused fireworks to go off. It was more like the changes most of us have. This shift in perspective occurred over time, and with a lot of hard work on my part. Hard work, but not necessarily pain. Because the only gain you get with pain, is more pain, and I didn’t want any more of that!
Slowly, I realized that what my Father said was the way he viewed the world, and not the way I was required to view it. It was his choice to be in constant pain over what had happened in his life, and out of acknowledging his own freedom to choose for himself, I gained my own. By honoring his choices, I was freed to choose how I wanted to relate to what had happened to me, and most importantly, how I would respond to what was to come in my future. In this pain-free way, I could finally appreciate all the good things that my Father did do for me, and at the same time, handle his brief reaction to my new point of view, when he was at first threatened by my unexpected buoyancy.
The moment he overcame that reaction, and was happy for me, was one of those moments when I …