The Joy of Trampolines 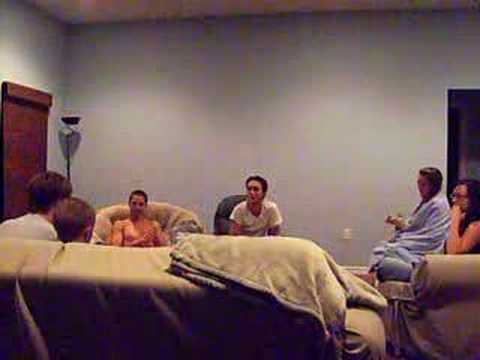 Remember when you were a kid, and you’d have friends over, or in my case I’d go to my friend’s house, just for the sheer entertainment of jumping on the trampoline? If not, I recommend you stop reading right now, for you might burst into tears over one of the best childhood experiences you never had (sorry to be so harsh). Anyways, back to the trampoline. There were so many fun things that you could, all centered around this activity.

I can remember practicing various stunts, like the front-flip, the 360-spin, the back-flip, and if you were really daring, the double front-flip. The scariest part of doing tricks, like the front and back flips, was the fear of landing on your head and snapping your neck (which never happened) and jumping too far and falling off the trampoline (which only happened if you were a dumbass). Trying to make trampolines safer, the companies decided to add the safety net option, which would encircle the perimeter of the trampoline. It’s purpose was to prevent people from falling off, but the material just wasn’t made to support the battering of multiple little children, or, one heavily-weighted kid falling on it. Personally, I saw them as a nuisance.

Then there were the games you would engage in on a trampoline. Some of my favorites included dodgeball– with the thrower on land and the dodgers on the tramp,– double jumping others to knock them on their knees, crack the human egg, and especially the act of bouncing off the trampoline into a pool, 3 feet or deeper, to be safe. If you had a trampoline, there was no need for a diving board; it’d just be neglected if you had both. I’d say the most dangerous tramp-activity I’ve ever participated in was jumping from my friend’s porch, about 20 feet high, onto the trampoline below. Talk about an adrenaline rush…. jeez. Now, the hardest part wasn’t jumping from the porch and landing on the trampoline, but rather it was trying to land on it again, after the first and second bounces.

For those of you who can remember playing any of those games, or any of your own games you made up, must also remember the joy of it all. The exhilarating feeling you get when you fly into the air after a really good bounce, or the satisfaction of just landing a flip, etc. I don’t think it was just the act of jumping on a trampoline that made it so fun, because jumping by yourself can get pretty boring after a while. I think it was the fun of jumping with someone that made it so great, whether it was your friends or family. Especially when you’re a kid, you get an ignorantly blissful feeling, where you think to yourself, “How awesome is this?!” and hoping that life is like that forever. But, alas, we all grow up and most of us forget about what a joy childhood was, except for those who write reminiscent articles about jumping on trampolines.