Childhood Obesity: Destruction From Within 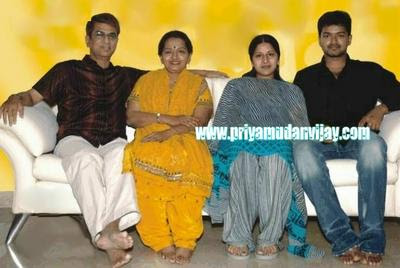 As I take a look around at the news and news documentaries on obesity, it seems that the most serious threats to the welfare and well-being of American youth may not be a terrorist attack, but rather the succumbing to the effects of astutely targeted food advertisement, fast food restaurants marketers, and the video game industry. How so? All of the aforementioned contribute to the ongoing epidemic of childhood obesity. Let’s examine some of the facts related to the growing numbers of overweight and obese children.

For too long, Western society has used food as a reward and a behavior modifier. We have become a “super-sized” society that makes poor food choices that will eventually overburden the U.S. health care system along with shorter life spans.

What is the cause of childhood obesity?

This is a complex question consisting of the interactions between many factors such as environment, behavior and genes. With two-thirds, or 60 million American adults being overweight, children are bound to succumb to many of the same negative health and eating patterns. For example, adults who gaze mindlessly at the TV after dinner don’t set too good an example of an active lifestyle for children to follow. Instead, they establish and instill negative eating and health patterns that may take years for youngsters to break free from.

Another looming issue is that children today have been zeroed in as pawns by money hungry marketers of fast food restaurants, video games manufacturers and the proverbial “boob tube.” These practices entice children into overeating. A child-sized meal is often packed with 700 or more calories. Children are enticed to eat a nutritionally void meal as long as a high tech toy is in the box. The child has a double whammy as the normal youngster’s eyes often lead him into trouble. Is it any wonder that 15 percent of American children are overweight?

Further, consider the fact that children forty or so years ago enjoyed wholesome outdoor activities which included: hopscotch, jump rope and “hide and seek.” Today, due to safety and other fears, outdoor exercise is often shunned.

What are the health risks?

The health risks are many. With the figures reaching epidemic proportions for childhood obesity within the general population, Latino and African American male children are at even higher risk with the number ballooning up to 25% of such children, many of whom are in lower income brackets. This fact predisposed a child to pick less nutritious but cheaper snacks such as $.25 packs of cookies and candy.

Other ominous health risks include:

High cholesterol often requiring medication with the commonly prescribed statins. Sadly, long term effects with youngsters who could be condemned to lifelong usage are simply unknown.

But the following is a brief list of potentially life threatening chronic illnesses:

Cardiovascular diseases, such as high blood pressure and clogged arteries

Poor self image due to teasing and being ostracized

Unfortunately, researchers are now seeing how grave the future is unless some drastic changes are made.