The Business of Silver – a Childhood Memory is Resurrected 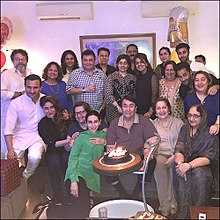 My first memory of Silver?

One of my memories as a young child was going to the home of one of my parents’ friends and eating the most delicious sweets, the best bit being the taste of the silver foil that glittered on the top. The memory was brought back when a recent ‘business transaction’ was carried out over a plate of these tasty sweets.

The use of silver foil in food goes back thousands of years in India. Today, Betel leaf and Indian sweets covered with silver foil are a special attraction for Western tourists travelling to India. I thought it might be interesting for the Business community to get an insight into the subject, especially as many communications, negotiations and business deals are completed over these delicacies.

Barfis (an Indian sweet) are delicacies made from khava, a milk product resembling ricotta cheese. The distinctive characteristic of Barfi is that it is covered in varakh (also spelt vark or varak). This popular garnish is actually a foil of very pure silver which gives the sweet a shimmering decorative aspect and a cool, metallic taste. Varakh is made by pounding silver into a sheet just a few micro-metres thick and then laying or rolling these over the sweets.

Why do some say it is controversial?

Silver foil has produced some controversies as some claim that the consumption of varakh is sacrilegious to vegetarians and Hindus as the intestines of oxen and other cattle are used in its manufacture, e.g., some reports claim that animals’ intestines are used as the ‘binding pages’ in a notebook. They report that an animal’s gut is cut open into one large piece from which strips are cut which are piled on top of each other and bound to form a book of a hundred or so leaves.

Small, thin strips of silver are then placed between the sheets and the ‘book’ is put into a pouch and sealed. This ‘bag’ is then pounded with wooden sticks for up to eight hours a day (generally as home-business ventures) to produce extremely thin foils of silver. The foil is then very carefully lifted from between the leaves of the book and placed between sheets of paper and sold to sweet makers (mithaiwallas).

The silver is not considered harmful to the body as the quantities involved in normal use are minuscule. However there have not been any studies on the cumulative amounts of silver that can be ingested safely over a lifetime of eating sweets. But then again, who knows the cumulative effect of all the various food stuffs that we all eat on a daily basis? All we really know is that our constitution is indeed made up of what we eat.

What is the cost?

Although the silver foil is microscopically thin, being a precious metal it can be expensive to use for sweets and delicacies. According to studies, usually four foils are used per kilogram (2.2 lbs.) of sweets. Surveys estimate that the average consumption of sweets by a family of four in India is about 100 kilograms per year which translates to a cost of approximately $ 40 million U.S. Dollars.

And cost of edible gold? Now there is a topic for another article.