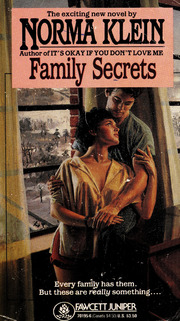 But why? It seems counterintuitive that spending more time in bed would help a teen stay fit. However, to put it quite simply, teens who don’t get enough sleep gain weight because they eat more.

3 Reasons Lack of Sleep Makes Teens Eat Too Much

Teens who stay awake into the wee hours of the night are likely to reach for snacks when their stomachs begin to growl. These are calories they would not consume if they were sleeping. But what makes it worse is that the calories are often empty calories, void of nutritional value. In other words, junk food.

A lack of sleep is also tied to an increased risk of depression. In a 20-year study of about 5,000 young adults, which was published in the June issue of the American Journal of Public Health, Belinda Needham of the University of Alabama at Birmingham found that those with symptoms of depression gained more weight than those who were not depressed. In other words, being depressed led to weight gain, not the other way around. Why? Because people who are depressed often turn to food for comfort.

Shortened sleep cycles create a hormone imbalance that alters food cravings. A person who is low on sleep not only craves more food but also craves different types of food. So even during the daytime hours that a teen would have been awake anyway, lack of sleep the night before will change the amount and types of food that he eats.

See also  Helpful Tips for Helping Your Child with Anxiety

So what can parents do about it?

Set a bedtime. Nine hours is the optimum amount of sleep for the average teen. Teens will complain that they’re too old to have a mandatory bedtime, especially on the weekends. However, once parents understand how fundamentally a lack of sleep affects their children’s health, holding firm will become easier. This is one of those “They’ll thank you someday” moments.

Lights out, screens off. When bedtime rolls around, teens should be in bed without any distractions from computers, video games, TVs, or handheld devices.

Teach by example. What’s true for teens is true for adults – parents will function better, too, when they get an adequate amount of sleep. Parents should talk to their teens about why sleep is important, and the whole family should go to bed early. If a person needs an alarm clock to wake up, she’s not getting enough sleep.

For their Teen’s Sake, Parents Must Make Sleep a Priority

Many people excuse their family’s lack of sleep by saying, “There aren’t enough hours in the day.” But when weighed against the very real health consequences of a lack of sleep, what could be so important? Life is only as busy as a person allows it to become. Simplifying life and getting rid of unnecessary obligations that take too much time can lead to a healthy night’s sleep.