Do Not Underestimate the Power of Childhood Dreams 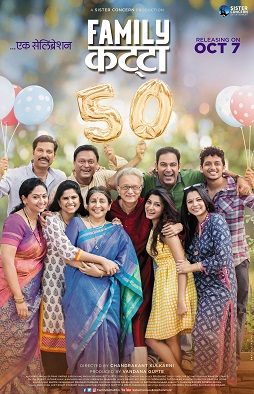 Do you enjoy reading? I like reading, but I try not to devote too much of my time to reading since I have a tendency to not stop reading until I finish an interesting book. Reading is excellent in many ways. It is entertaining. It is inspiring. Reading gives us knowledge, wisdom, hints for solving problems, and advice on how to live. My wife and I like the library in San Mateo, because it has a Chinese and Japanese foreign book collection. There is a Japanese book that inspired me quite recently called “Story to Steal a Castle.” The story was entertaining and interesting. I spent all night reading and finished the book. However, it was not the story which inspired me. The author mentioned the reason why the hero wanted to “steal a castle”. He said it was his dream.

We all have dreams in our childhood. There are innocent ones, such as “I want to be like my mother or father”, or “I want to be a policeman and protect good people from bad people.” Some of them are big dreams, such as “I hope to be like Julius Caesar.” Grownups do not deny children’s dreams. Almost all adults do not deny children’s dreams and tell them that their dream would come true some day.

See also  Tips To Help You Start Cooking Like A Pro

However, after growing up, people started to be negative to other’s dreams. They started to think negatively about dreams in general. People often do not want to discuss others’ dreams. “You must be dreaming,” they say, “You are daydreaming.” If I say, “I want to unite the world like Nobunaga Oda, Hideyoshi Toyotomi, and Ieyasu Tokugawa unified Japan,” you may not talk seriously with me the next day. I just listed three people who unified Japan in the 17th century. Oda was a small, local lord in central Japan. Toyotomi was the son of a farmer family. Tokugawa was a hostage in his enemy country. If they did not dream of unifying Japan, they would not have been the people who did so. The 20th century’s great scientists, including Thomas Edison, Henry Ford, and Albert Einstein, were driven by their dreams, not by their calculations.

When I think of myself in the past, the real reason why I wanted to stay in San Francisco, despite of my Japanese nationality, was not because I had a good job opportunity, or for family reasons, but because I had grown up watching American TV programs, such as “The Combat,” “The Mission Impossible,” “Time Tunnel,” and “Twilight Zone.” My vague childhood dream was to one day live in the United States. It seemed to be my driving force to obtain an international job and station myself in the United States. We should cherish and respect our childhood dreams.