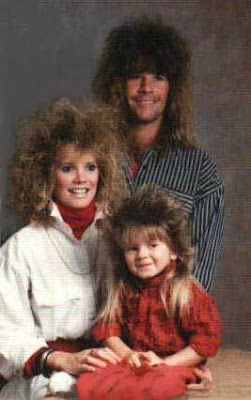 Patrick Clarke Ha Ha Ha by Roddy Doyle is an unusual, highly original account of life in a Northern Ireland Catholic household. Written from the point of view of Paddy, the eldest son, aged ten, of the Clarke family, it draws the reader through a particular experience of childhood.

There is a child’s wonder at the new. There are strange facts about the world to be unearthed and challenges to face like a man. But when you are ten, there is also always the rock of parents, ma and pa, ma and da, mum and dad on which to rely. Their love for you and their constancy will always offer support and never let you down. Like God, they are not subject to question.

So when you do something that was not quite advisable, and as a consequence a window gets broken, or a plant uprooted or an ornament broken, there’s recrimination to expect, of course, perhaps punishment to endure, but it will be fine in the end, because ma and da always make things happen that way. You can trust them, assume their interest, take them for granted.

And that applies even when you beat up your mate, and hit him just a bit too hard. You might say he fell, or stumbled and hit himself hard in an unfortunate place, let blood that spotted his shirt or came home crying in fright, but it would all be fine in the end. When you give your younger brother a dead leg just to keep him in his place, or declare war under the covers after bed time, or even when he messes his pants provoking the others to giggle and mock, there is always home waiting, where there will be safety behind the parental screen.

See also  How To Prepare Your Toddler For School

And when you pick a fight because someone says that George Best is not the best footballer in the world, that a teacher you like is a whore or a defenceless sibling ought to get punched, ma and da always step in, mediate, soothe.

Until, that is, you realise your dad might not be telling the truth, until you realise that he is just another grown up, perhaps as inconstant and unreliable as all the others. And what about when your ma and da start to fight? The noises percolate through the wall from the other room. They can’t be hidden. Well that’s just called growing up, which is already happening, even – perhaps especially – to a ten year old. And then, of course, there will be adulthood, when everything will be different in a world where people don’t fight, where there will be no conflict. This is Northern Ireland, after all.

Roddy Doyle’s book is a delight. It takes a while to suspend the disbelief associated with becoming a ten year old, even longer to get used to the idea that little Paddy might have written it all down. But the mood and his character soon take over and draw us into a world as fascinating and as threatening as any experienced by an adult.