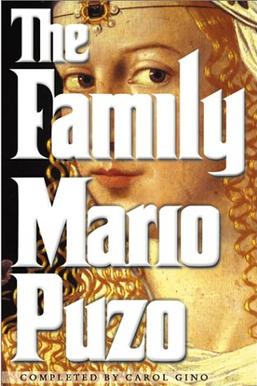 What was it like growing up during World War II? As a child during those dark years, was it terrifying or just a big adventure? This is the subject of a new video, “A Childhood Remembered” in which Keith Johnson, who has lived in the Hertfordshire village of Kings Langley all his life, talks about growing up there in the 40s and 50s. He takes us to some of his favourite secret childhood places, Like the tunnel under the main Glasgow to London rail line where he recalls placing pennies on the line and watching the next express train squash them.

He remembers the infant school where the children were given gas masks (never used) and where they used to hide under their desks when the air raid sirens sounded (from the nearby Ovaltine factory). And the junior school where he was canned for climbing onto a roof to reclaim a tennis ball during playtime. Mostly he remember the space and freedom to play outside, in the fields, on the common, in many open areas where now housing estates exist.

Keith’s memories are supported by some remarkable 16mm amateur footage, provided by the Kings Langley History Society. This shows garden parties held in the local doctor’s garden (now Little Hayes) and the May Fairs and Carnivals held on the Common each year, with country dancing, fancy dress competitions and many side shows. Together the archival footage and Keith’s narrative give a picture of a lively village community making the most of things during the war and thoroughly enjoying life after it.

For anyone who knows the village of Kings Langley now, one of the most surprising things is how open the views are from the top of the common. Sixty years later the trees have grown taller and blocked the views towards Leavesden and beyond. Film of a Mayday street procession along Blackwell Road is equally fascinating – where the houses are now there were just allotment, down to Waterside and the canal.

A sequence showing the High Street shops is less surprising. We are used to the way our high streets have dwindled in recent years as the big supermarkets have moved in. There were more shops then but Kings Langley does better than most villages now. The main change is in type of shops. Then there were hardware merchants, watchmakers, haberdashers, grocers (including a big Co-op) – now there are fancy gift shops, art galleries, street cafes, betting and bridal shops.

Pubs were another major feature. In one sequence in the film Keith stands just outside the old Tooveys Mill and points out no less than five pubs, almost in spitting distance. Some of the folk lore of the village is recounted in the film, like how the community centre came to be built (because the vicar didn’t approve or “Blythe Spirit” and would not let it be performed in the church hall). And how the church hall itself was lost to the village, when the church authorities sold it for office use.

Watching the film it’s easy to see why Kings Langley has such a strong community spirit today – its been a long time in the making.

See also  How Childhood Diabetes Hinders the Future of Your Children